A work colleague of mine shares this furtive habit. Tuesday mornings, there we are, two middle age civil servants whispering over the water cooler.

Me: “Yeah, but what about that cat fight at the pool!”

He: “I know, Karen damn near fell out of her bikini. I could hardly breathe.”

And then this morning, in whispers:

He: “I know, it was unbelievable! He gave up the chance to pop a cherry!”

O.K., so my male colleague’s interest in watching this crap may be somewhat understandable. Mine is inexplicable. Maybe I can find a Beat the Bachelor Habit support group somewhere. Monday nights we would gather and chant: “We are powerless over this despicable T.V. program.” Which we would then all rush home to covertly watch on tape. Because the next ONE, well he is a naval officer and a doctor. Gotta go. I feel a swoon coming on. 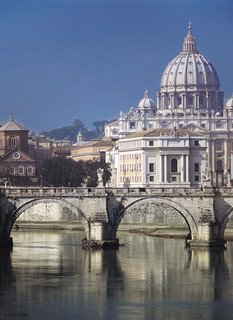 Email ThisBlogThis!Share to TwitterShare to FacebookShare to Pinterest
Labels: The bachelor