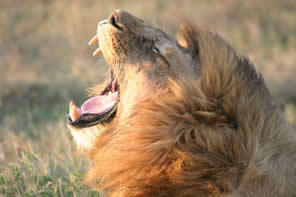 In six weeks I am going to Tanzania. Back to Tanzania, for the first time in 32 years. I lived in Dar Es Salaam as a teenager. I have dreamed of going back, vowed to go back, but there were always too many obstacles. Time, money, career pressures, single motherhood. Five years ago I met the
Love Of My Life and forever travel partner. We bought a big old house and created a new household along with my teenage son, 3 cats and a dog. Then there were new obstacles, house renos, mortgage payments, leaky roof, a new puppy, the garden…

Not that we didn’t travel. Mexico, New Zealand, Thailand, backpacking in the Cascade mountains, and kayaking in Haida Gwaii. But not Africa. “Too expensive,” or “It would take too much time off work,” we said. “Some day” we promised each other.

Until I veered a little too close to death. Way closer than I ever want to be unless I am over 90. In the summer of 2005 I had to have difficult open heart surgery to repair a wonky valve. Followed by 3 more surgeries to deal with complications. Seven weeks in the hospital. Then months giving myself I.V. drugs twice a day at home.
One night, when it was clear to me I was actually going to live through this, I said to my darling LOML, “Screw the leaking roof, let’s do it.” His eyes lit up. He grinned.
“No, not THAT, I mean let’s go to Africa.” (How did he think the leaking roof was connected with…never mind, the male brain's short circuits will always astound me.)
The timing wasn’t fair because LOML was so grateful I was not, well, dead, he would have agreed to a trip to Pluto. Luckily, I requested Tanzania.

Our roof is going to leak a little longer.

Very kewl. You really have the gift of words. This will be a great place for archiving your(our) experiences of "the trip" and for sharing it with others.

Couldn't help but notice the Mama Tembo Tours link is wonky - too many HTTPs.

When you're living the life you want, leaking roofs are the least of your problems. It's really handy to have a roof sealant ready and some courage to climb the roof to seal the holes.

Your story is interesting. Many people want to travel, but can't find the courage to take the first step. You are lucky to have the chance to backpack to so many countries. Being able to surpass heart surgery makes you even luckier. I know that you have done something really good to deserve it. And about the leaking roof, I find your darling's response a little funny. But I do hope it's fixed before it gives your roof much bigger damage.