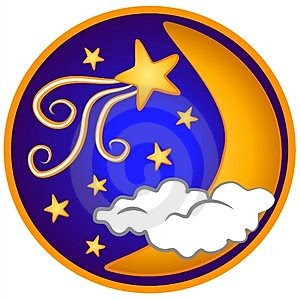 Last night I woke up at 3:23 in the wee hours. I'm not sure what woke me; amazingly it was not one of the fiery hot flashes that usually disturb my nights these days. But that's another story, one you will certainly be subjected to in due course. Bet you can't wait for that one!

As I lay in bed, the house was silent. Almost. Henry snuffled on his dog bed, Tika twitched on hers, dreaming about chasing the squirrels of her youth. B was gently snoring beside me, our legs entwined. Our cuddliest cat Snuffy was in her usual place between us on the bed. We call that place Snuffy Canyon. It is just about as well established as the Grand Canyon. Oliver was stretched out at my feet. Our rebel kitty Squirt was probably out selling crack-laced catnip.

My son had navigated another day at college and on the roads safely, and was asleep in his messy room downstairs.

I have many moments in my life when I give thanks for the blessings of my life. This was one. But it was also one of those perfect, peaceful moments when the outside world and all its cares could never get through the front door.
Posted by Voyager at 8:14 PM 15 comments: Links to this post

I can't make Vancouver's freakish giant snow banks melt faster, but maybe I can whisk you away from them for a few minutes. O.K., here we go:

Imagine you are on a salt sprayed lounger chair on a sweltering tropical beach, a good book and icy beer at hand. Shade from a low palm tree and a brisk breeze keep you cool, as long as you don't move any more than it takes to turn the page. (Yes, you're getting close, concentrate now.) Hear the swoosh of the waves, feel the warm white sand in your toes. See the pelicans hover over the water before they fold up like missiles and speed dive into the surf. Now you've got it! You are in Placencia, Belize. 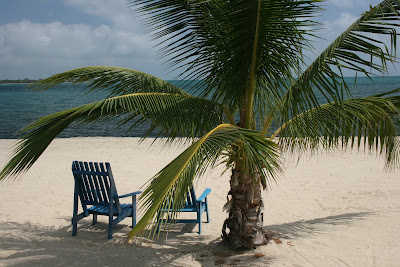 The local beach bum dogs are hanging out around your beach Cabana, because you are a pushover, and have been feeding them choice leftovers. 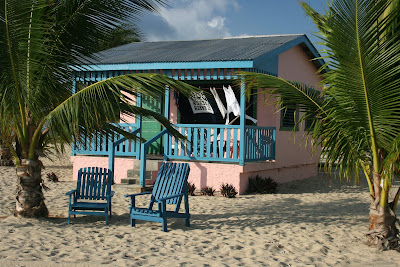 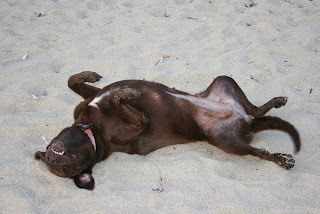 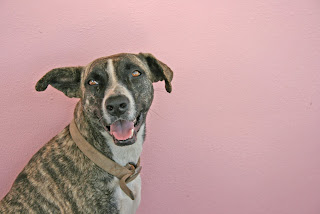 A few days ago you were at Caye Caulker, snorkeling at the world's second largest, and in my opinion, most spectacular, barrier reef. The highlight was swimming with a huge spotted eagle ray. 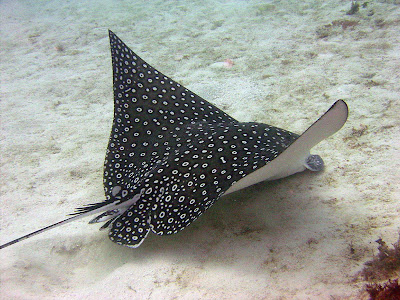 The barracudas were more graceful than fierce looking. But the lemon sharks, despite the snorkel guide's assurances that they were uninterested in humans, made you pee your pants. Or rather bathing suit. 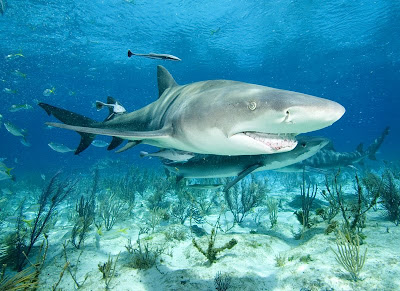 As you walk around town, people of Garifuna, Caribe, African, and Mayan decent smile at you and shout greetings in a unique Caribbean / Belizian patois. As you pass a local house, built on stilts to catch the breezes and as a hedge against flooding, a young boy eyes your bag of groceries and sees a possibility of making a little money. "Dat bag, he look heavy, lady. I carry he for yo, O.K.?" 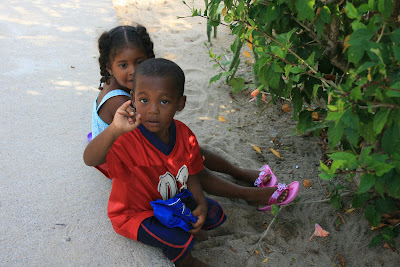 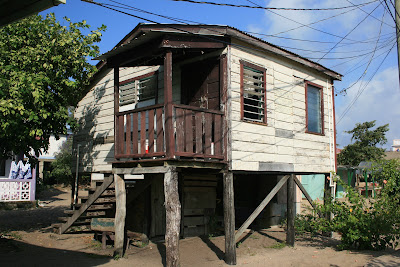 Your lovely day wanes as you snooze in a hammock, dreaming of the next adventure, Guatemala, to start tomorrow. 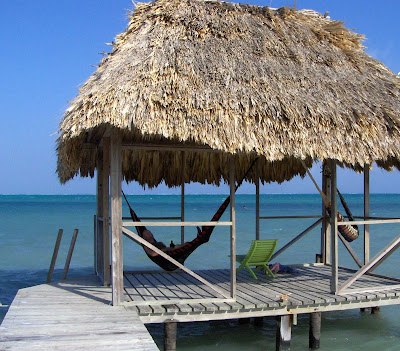 Well gentle readers, has that helped you forget the snow for a little while? Do you feel warmer, more relaxed, and virtually sun kissed?

WELL I DON'T!!!! Now I'm more sick of winter than ever. Because that Belize trip is over. Soooo over. Last March it was over. Oh, for the whisper of wind in palm fronds lulling me to sleep. Sob!
Posted by Voyager at 8:57 PM 16 comments: Links to this post

She came back for a meme?

Yah, yah, I know what you are thinking, "Voyager has ignored us for almost a year, and then all she gives us is a meme post?"

Well, that's the way it is folks. I read Ian's (a.k.a. curmudgeon, but really a pussycat) answers to a retrospective meme of 2008, and thought "I want to do that." His thoughtful and sometimes funny answers to this meme inspired me to come out of blogger sabbatical. And so:

1.What did you do in 2008 that you’d never done before? Had a delightful, if halting, conversation with a woman who did not care that my Spanish sucks, in a roadside stand in Remate, Guatemala. We watched the sun set over Lake Peten, and learned a little about each other's lives while she grilled me up a delicious meal of fish, beans, and rice with hot sauce.

2. Did you keep your new year’s resolutions, and will you make more for next year? No and no. Nuff said.

3. Did anyone close to you give birth? YES!!!! My little sister had her first baby in March, my sweet little nephew. Here they are on New Year's day near their home in New Zealand: 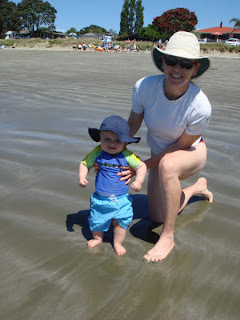 4. Did anyone close to you die? Yes, an old friend who I shared a birthdate with died much too young of a rare cancer. I miss her light.

5. What countries did you visit? Guatemala, Belize, and several trips to Nova Scotia here in Canada.

7. What dates from 2008 will remain etched upon your memory, and why? December 31, 2008. Which I got to spend with both my parents, despite the fact that a year ago my Dad was told by his oncologist he would not likely see another New Year. He continues to defy his doctor's expectations and all odds. You rock Dad.

8. What was your biggest achievement of the year? Some exciting new work challenges in the Arctic.

9. What was your biggest failure? None. Not that I did everything perfectly, but I truly believe in the adage that falling down is not failure, as long as you get up again and carry on.

10. Did you suffer illness or injury? No. Well I did break my toe in August. Since that was the only health problem I had in 2008, I am blessed!

11. What was the best thing you bought? B and I bought a cabin in paradise. A dream come true. 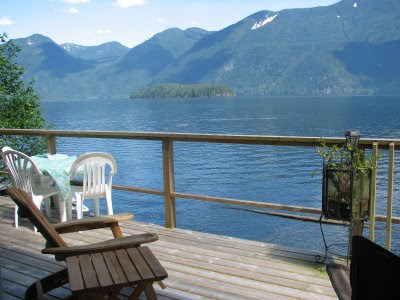 12. Whose behavior merited celebration? My darling B for supporting me with tolerance and humour through the craziness of the menopausal past year.

13. Whose behavior made you appalled and depressed? Our political so-called leaders.

15. What did you get really, really, excited about? See answer to number 11 above.

16. What song will always remind you of 2008? Verdi's "Chorus of the Hebrew Slaves". Because my Dad asked for it for Christmas, and he was here to enjoy getting it.

17. Compared to this time last year, are you:(a) happier or sadder? Happier.(b) thinner or fatter? Thinner a little. (O.K., a very little) (c) richer or poorer? Poorer, I think. But so what, I have everything I need.

19. What do you wish you’d done less of? Waste time worrying.

20. How did you spend Christmas? With my Beloved, and my parents at their home in Nova Scotia. Quietly, gratefully. And soooo well fed.

22. What was your favorite TV program? Anything involving doctors.

24. What was your greatest musical discovery? Can't think of one.

25. What did you want and get? A year of living, loving, and health.

26. What did you want and not get? Winning a big lottery.

27. What was your favorite film of this year? I actually did not see any 2008 films. I may, once they are on pay-for-view. But I am not much of a film buff.

28. What did you do on your birthday, and how old were you? I went to work as usual and turned 51. Yawn.

29. What one thing would have made your year immeasurably more satisfying? A month, or three, of travel.

30. What kept you sane? My Beloved spouse. (Actually, we are not formally married, but there is no ceremony that could make me more committed to this dear, precious man.)

31. What political issue stirred you the most? The prorogue of Canadian Parliament. What a stupid fucking mistake that was.

32. Who did you miss? My Sister in New Zealand and my brand new nephew. And at times, myself.

33. Who was the best new person you met? A young woman at work to whom I was a volunteer mentor during her first year as a lawyer. Her energy, optimism, and intelligence was inspirational. J, You have a great future!

38. Quote a song lyric that sums up your year. "But you'll always get by with a smile girl."
Posted by Voyager at 7:22 PM 9 comments: Links to this post