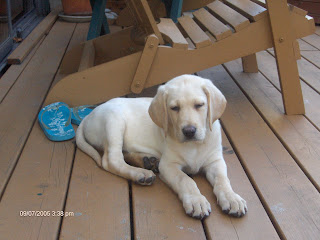 Henry joined our family zoo Labour Day Monday, 2005. The name of the day should have been a warning.

So we were on the look out for a male puppy. Our other four animals are pound or SPCA rescues, and we endorse them for adopting family pets. However, we needed a very young puppy, a male, and it had to be a big breed to match Tika, who is an 85 pound Lab / Shepherd cross who likes to wrestle. We heard about a 10 week old yellow Lab puppy available, and the timing seemed right, because I would be off work for several more weeks recovering from surgery. So I convinced B that we should just check him out. As we left he said: “Are we sure we want another dog? Can we handle the extra work? What about the extra money?”

“Come on,” I said. “We’re just going to look at him, and check out what his parents are like. We don't have to take him” I assured him, as I loaded a towel-lined cardboard box into the back of our POS car.

“I don’t think I can hold a 10 week old Lab puppy and not take him home” replied B.

(I knew that about you Sweetie. I was counting on it.)

The first indication we got of his, um, intelligence, came a few days later, as he walked across the deck and right into the open hot tub without missing a step. And sank to the bottom. He is still no smarter, just bigger. Much taller than Tika. He looks more like a Great Dane or a small pony than a Lab, and nothing like his parents. Either some errant gene that lay dormant for generations exploded to life in Henry, or his Mama was sleeping around.

He is spectacularly stupid, and amazingly clumsy on his long skinny legs. He has chewed 9 shoes, 4 pairs of sunglasses, 3 pairs of reading glasses, a jewellery box, 12 pieces of Tupperware, 5 hair clips, a borrowed book, and a lot of mail. He has eaten plastic bags, flip flops, 6 entire avocadoes, a bag of apples, a shaker of fish food, most of the leaves off my Jade plant, many bananas, and all the pears that fell from our neighbour’s tree. He is an escape artist, and has been dragged back home by bemused neighbours several times. He jumps on our bed and drops on us with a mighty THWUMP in the middle of the night. He is a drooler and a gifted farter.

And we sure love him. 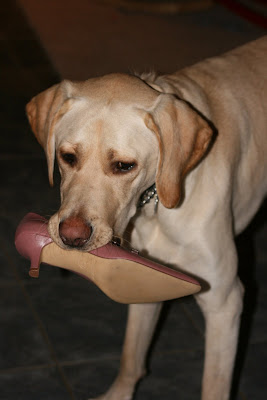 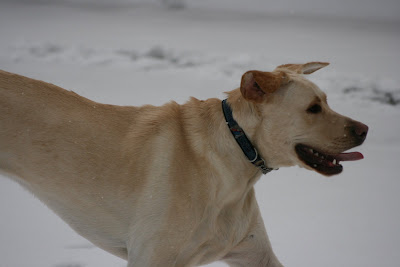 What a beautiful boy he is, questionable intelligence aside. ;) You're so lucky to live in a "zoo" -- I would love that. Our master of the household assures us that that'll never happen on his watch, so he is the sole recipient of all our love and affection.

Has Henry at least learned to stay off the deck when the lifeguard isn't on duty? : )

Leslie, he has learned to swim, finally. It took a while, but once he learned the Lab in him came out and he loves the water.
If you are a critter lover, check this out Reigning Cats and Dogs part 1 from my Nov. 1 blog.
What is your master of the house?
V.

Our master is a 16-year-old black cat named Bilbo. He was "bitey" from the first day we rescued him from his cage at the Humane Society and has remained feisty all these years, even through the continuing decline in his health he's experiencing.

We love him dearly.

Another Henry to love!

There's another blog I go to whose author has a Henry - He's a sharpei/lab mix.

Henrys are so lovable...