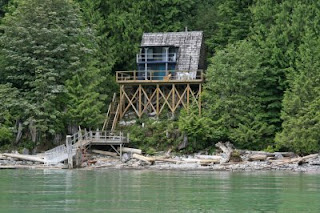 We went up to our cabin on Pitt Lake this past weekend. The weather forecast called for rain, but that's not so bad. We have complete rain canvas for the boat (which is the only way to get there), and a weekend spent curled up in front of the fire with a book, without T.V., telephones, or crackberrys is bliss. (An aside here: although our cell phones do not work up there, we do have a portable marine VHF radio, so we can call for help if one of us cuts off a foot with the chain saw. So don't worry Mom.)

The main reason I was anxious to get to the cabin was to put up the hummingbird feeders. I adore hummingbirds. Thirty years ago a First Nations Elder in a community near where I was working on an archaeology dig gave me the name "Hummingbird" in Salish. I have considered this beautiful, fearless, little creature my totem ever since. We get dozens of Rufous hummingbirds at the lake, flashing in the sunlight, dancing and diving around the hummingbird feeders. In summer, with the windows open, often the first sound I hear at dawn is the soft drum-roll of their tiny wings. 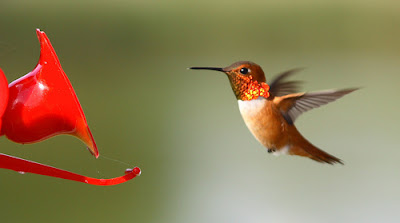 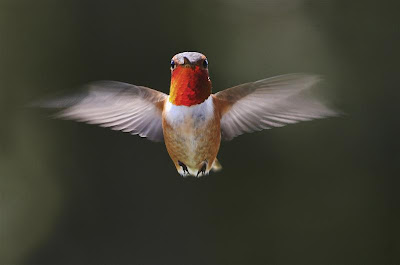 We also get the occasional Anna's hummingbird. This is the northernmost edge of Anna's range. A few will even winter over in southern Vancouver Island and some parts of Vancouver. At Pitt Lake, they are still only seasonal visitors. Their iridescent scarlet heads are breathtaking. 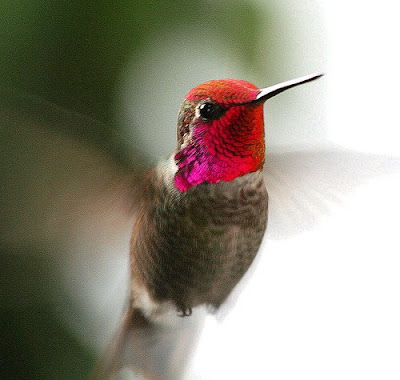 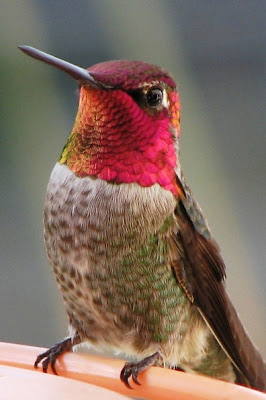 Hummingbirds usually return here about the first week of March. Some years they can be spotted at the end of February. I knew their migration north has been a little slow this year, but it was important to me to get those feeders up and ready. The little jewels arrive exhausted after their long flight from Mexico. (Hell, even I'M tired after a flight from Mexico, and that's just from ordering cerveza on board the plane. I don't have to flap my wings.)

So the feeders are up, but there are no hummingbirds yet. In fact they may be very late this year. If they have any sense.

If any of you in more southern climes see my hummingbirds flying north, tell them from me: "Little ones, you should hang around in California a while. As much as I would love to see you, you don't want to be here yet."

Here are some photos I took Sunday as we were leaving the lake. 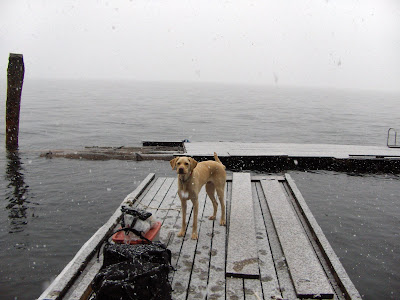 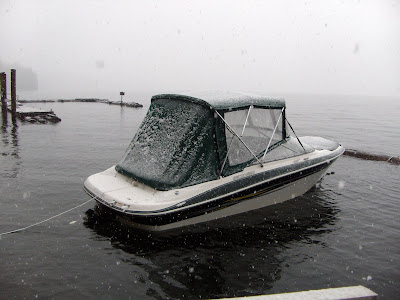 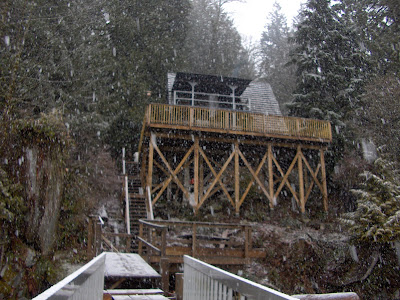 Love your hummingbirds from some balmy spring of the past. Ours usually coincide with the blooming of the wild currant bushes. Wild currents in bloom? Not this year yet my darling. And the forsythia looks like it's still steeped in winter Should be in a golden abundance by now. Sigh. Happy spring on Friday.

I need to get on-line and find out when I should put out my feeders. Those photos of the hummingbirds are amazing.

Looks more like snow than rain...ughh. It has been nice here since last Friday. Warm and sunny. We're supposed to get rain tomorrow but at least it's better than snow. ;o) There are hummingbirds here to, mu lil sister jazz has some at her feeders all summer.

Ian, At Pitt Lake the hummers arrive with the salmon berry blossoms. There is no sign of the flowers yet. Winter is a real bully this year.

Citizen, I have to be honest, the hummingbird photos are not mine. They are off the net. I have photos of hummmers I took at our cabin, but they are on another computer.
I admire the shiny green of your ruby throated hummingbirds that you get on the eastern side of the continent. They keep me amused when I visit my parents in Nova Scotia. Actually, I love all hummers. Thank you for feeding them.

What a beautiful place for a cabin. The shots of the hummingbirds are fantastic.

Carver, I cannot take credit for the bird photos. They are indeed beautiful. And yes, the cabin is in an amzing spot, looking across the lake to Golden Ears mountain. And amazingly, only 40 km. or so as the crow flies from Vancouver.

Orhan, Glad you stopped by this little corner of the blogosphere, welcome.

Looking chilly at the lake
but such beautiful humming birds...

Great shots! I love hummingbirds, too. What an honor to have been given their name.

Your cabin sounds like a piece of heaven. It's wonderful to have a place set among the natural elements that feels like the end of the earth.

It's lovely to think of you there.

Elizabeth, Welcome to my little corner of the blogosphere, glad to see you. And yes, it was chilly, much chillier than your photos of India.

Heart in S.F., To be able to be in a place surrounded by nature is indeed a gift. I'm glad to see you here agian, and happy your recent medical emergency was not more serious.

The hummingbirds take my breath away, as always. I lived for a time in the mountains outside Boulder, Colorado, in a cabin with a 15/16ths wolf, and we quickly learned the error of our ways when we hung up feeders, and the wolf downed 17 hummingbirds in the first two hours.

I'm still so sad about that.

Jocelyn, Wolves will be wolves(but who knew wolves have a taste for hummingbirds?). And cats will be cats, which is why I only hang hummingbird feeders at the lake. We have three cats at home. They stay at home when we go to the lake. I hate to think of the possible carnage if I hung hummer feeders at home!
V.

Did you take the pics of the hummers? Wow. We only get Ruby throats up here and they arrive in May. It boggles the mind, their flying from Mexico to Quebec and back every year.