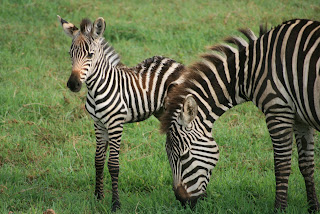 I was driving to work this morning when the radio traffic reporter announced “A serious five car pile up on highway 91 near number 4 road in Richmond has traffic backed up for miles. Try highway 10 or Marine drive…”

I immediately thought “Oh my God!”. My son took that route to work this morning, and he was not very familiar with the highway and its exits. I got that involuntary stab of fear that hits parents at the thought their child could be in danger.

My rational brain fought with my mom brain:

Mom Brain: “ But if it was a serious accident, it could still be tying up traffic two hours later.”

RB: “He would have called from his cell phone if he was in trouble.”

MB: “If a speeding semi trailer, or drunk driver hit him it doesn’t matter.”

And so it went for a few minutes, until I heard that the accident was in the other direction than his. I breathed again.

I worry about the health and safety of my other loved ones, of course. When my mom had heart surgery, I was tense and anxious. When my sister e-mails or texts me that they are in a big storm (she sails for a living) I am apprehensive. When my husband opened his chin playing hockey and had to have stitches I was concerned. (Actually annoyed too, because he had not bothered to do up the chin strap on his face guard. Men. He now has a manly scar like Harrison Ford, whereas a scar on my chin would simply be unsightly.) And I worry about him driving across the accident plagued Patullo Bridge every day.

But nothing is the same as the blood draining, visceral fear that strikes when something happens, or could happen to endanger my child. Like the day a few years ago when I got a phone call from the ski patrol at Grouse Mountain, that started, “Your son has had a snowboarding accident.” My knees started to buckle and I felt faint for a few seconds, thinking “head injury?” "broken neck?" until the patroller added, “He may have broken his wrist”.

I wonder if this lasts forever?

Todays dream travel destination: Grouse Mountain, which is a lovely local ski area, despite my son breaking his wrist there. 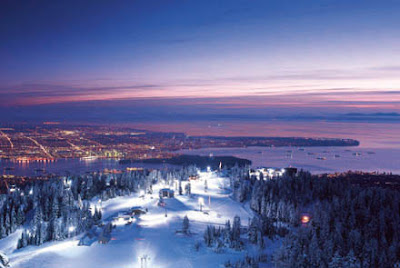 I went to Grouse Mountain once. In the fall. There were 10 Japanese there taking pics of themselves. One took a pic then went back into the group, another stepped out and took a pic and got back in and so on.

I should've offered to take a picture of them all together, but it was just too fascinating to watch and see if they'd all do it.

"I wonder if this lasts forever?"

Oh yes, it does and perhaps even gets worse as they grow older.

I love the Rational Brain, Mom Brain: I've been there many times although it's Dumdad Brain in my case.

Yes, I agree with 'dumdad' that it will last forever, that is only because you're doing it right, my friend. And I am so happy your distress is unfounded. I go through the same thing every two weeks when my wife drives from Victoria to Comox on the Island Highway, especially over the notorious Malahat.
Ian

Oh how I can relate! I'm actually dreading the time (very soon) when AAH gets her drivers' licence. It's bad enough now when she's getting into cars with her friends.

Jazz, I used to make fun of Japanese tourists taking pictures of squirells, until I went to Nepal and saw all the monkeys wandering around the streets of Khatmandu, which I used up about 39 rolls of film on. What's normal to me is very exotic to others.
Strange not to ask someone to take a group photo though.

DD, I guess you're right, the Mom brain or Dad brain will never shut off.

Ian, I know how you must worry when your wife drives the Malahat. But I have to be honest, and maybe I'm alone in this feeling. If my husband was hit by a bus, I would be devastated, absolutely bereft. But if it was my child, I would feel like I'd want to die too.

Alda, I think it's easier when your own kid is driving. I trust him more not to something stupid than a friend I don't know. On the other hand, we can't do anything about the other drivers on the roads.

Oh, you do illuminate the parental brain. I have imagined amazingly horrific crashes of my daughter's school bus and such.

No it never stops. My two are 44 and 40 and one doesn't even live in the same city. But you always worry because that's what mothers do.

You always have to worry about a snowboarder because they are rather accident prone!

Grouse Mountain, that is a very wonderful shot.
regards
jmb

Everything changes, and the world becomes infinitely more treacherous, once you have children. Any decent parent has those horrifying converations in their heads now and again.

Great blog!! I will be back for more!!

Jocelyn, We should market our parent brains in Hollywood. No one could think up as many plots for disaster movies as we could.

JMB, My kid is accident prone, even before the snowboarding started. We've been to Vancouver children's hospital so many times for stitches, splints, 2 casts, and various other ailments, I wish they gave out frequent flyer points.

CS, I recall when my son was first born, I held him and thought to myself, "Well that's the end of any plans I had about my life, because fronm now on I will never be able to let this precious creature out of my sight in case he strays into danger". Thank goodness those hormones settle down a little. But only a little.

Mike M, Welcome to the party! Glad you stopped by.
V.

One does stop worrying about offspring sooner or later. That happens when one knows that the kids are as alert and as energetic as you once were and that they are more capable than you are now. As parents you should live at least 5000 kms from your kids.
Sooner orlater the kids will realize that the parents are doting so they just clam up and communications are all wine and roses. "How are you dear?" "Great".
"How are you Mum?" "Great." Together- "Love you". Bye. Mum.

I'm guessing that the mom fear never does leave. It's hard enough when they must depend on their own feet for transportation, but when you add a vehicle and the stupidity of other drivers to the mix, well, that's got to be a whole new level of worry.

I am a Hand ball player.My palm is always sweaty in nature.So I have difficulties

to play.Now only I have come to know about Dr. Rivkin.I decided to take
sweaty palm treatment from him